7 Astonishing Recipients of the Medal of Honor

Since it was first handed out in 1863, America’s most prestigious award, the Medal of Honor, has graced the chest of many a brave soldier. This highest of military honors has been awarded 3,517 times and 19 of those recipients received double awards.

It is often referred to as the “Congressional Medal of Honor.” because the award is given in the name of Congress but it is usually presented by the sitting president.

The medal is awarded to any soldier who has distinguished themselves “conspicuously by gallantry and intrepidity at the risk of his life above and beyond the call of duty while engaged in an action against an enemy of the United States.”

Sadly, many of these medals are awarded posthumously, either because the intended recipient died in battle or because a large portion of time has passed before being recognized for their acts.

Although National Medal of Honor Day is annually celebrated on the 25th of March, we’d like to take a look at some of the brave souls whose chests the Medal of Honor has graced and should be honored all year round. 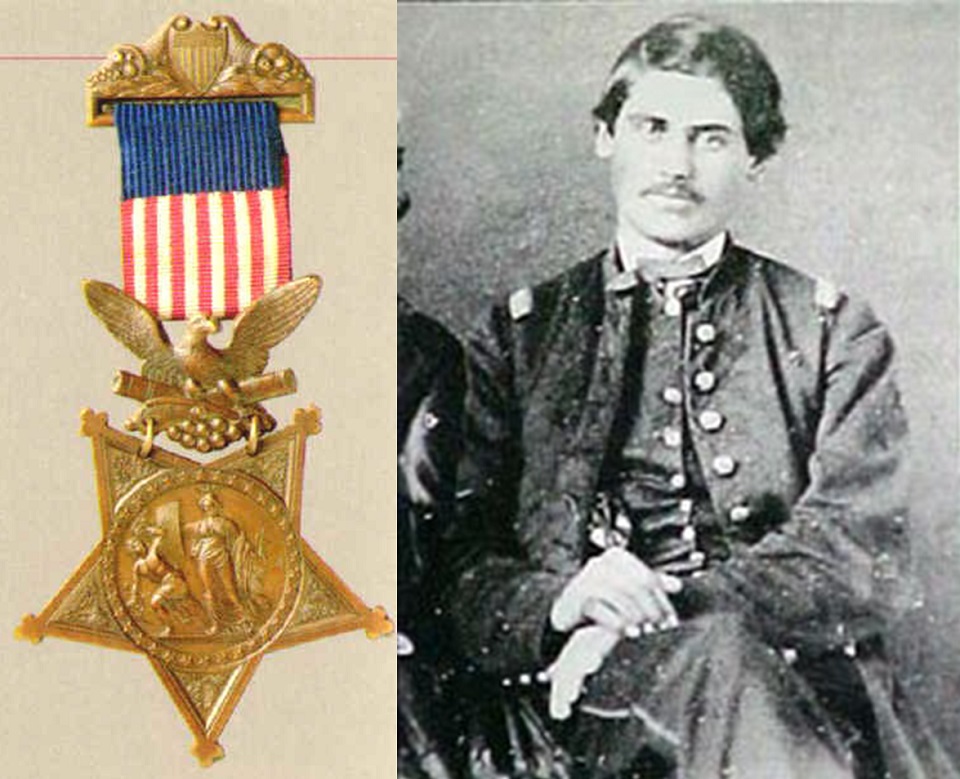 The very first recipient of America’s most prestigious military award had it pinned to their coat due to their involvement in what would be known as ‘The Great Locomotive Chase’ or the Andrews’ Raid during the Civil War.

This inaugural Medal of Honor was bestowed on one Army Private Jacob Parrot and another six Union soldiers. As part of a 22 man volunteer company, they sneaked behind enemy lines, making their way to Atlanta, Georgia.

Once they arrived they managed to steal a train, and ride up North to Chattanooga. Along the way, they cut telegraph lines, destroyed railroad tracks, and attempted to burn bridges. Their objective was to cut off Confederate-held Chattanooga from reinforcements as the Union Army would attack the city.

Unfortunately, the raid was ultimately unsuccessful as some of them were captured and executed. Most of the damage they had caused was quickly repaired and the Union army postponed their attack on Chattanooga.

Regardless of this, Private Parrot and his men were hailed as heroes which is why he became the first winner of the Medal of Honor. 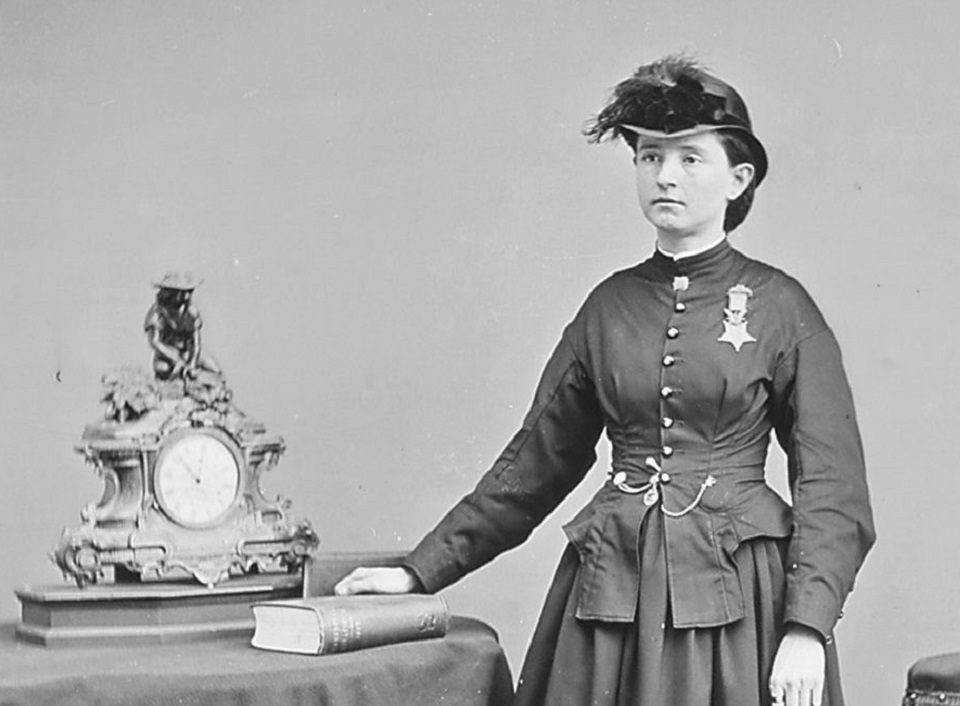 From our very first recipient, we come to the first and only female to be awarded the Medal of Honor in US history. However, this one time award would come with a little controversy down the line.

An abolitionist and medical doctor, Dr. Mary Edwards Walker desperately wanted to join the Union Army as a doctor but her request was denied due to her gender. She would turn down an opportunity to be a nurse, choosing to be an unpaid volunteer position at military hospitals on the front line.

She would be awarded her Medal of Honor by President Andrew Johnson in 1865. However, controversy would arise some 52 years later in 1917 when her medal was rescinded due to her perceived status as a ‘civilian’. Furious with this decision, Dr. Walker refused to return the medal, instead wearing it proudly every day until her death two years later. Thankfully in 1977, then President Jimmy Carter reinstated her award. 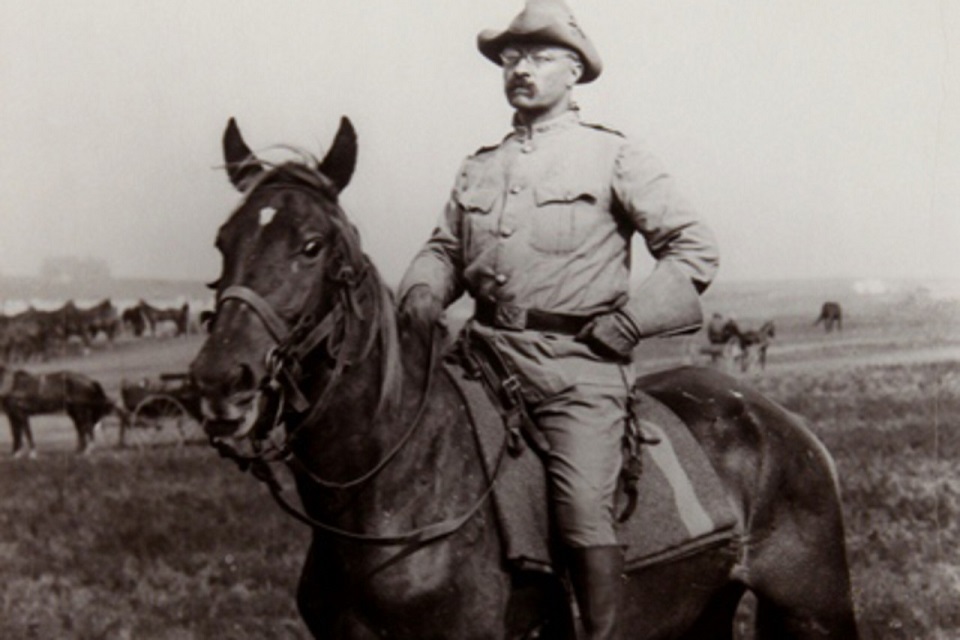 Apart from being honored in stone with his face carved into Mount Rushmore, Theodore Roosevelt is the only president to have received the Medal of Honor, awarded it for his time as a Colonel in the 1st United States Volunteer Cavalry.

Roosevelt received his medal for his actions at the Battle of San Juan Hill. Although the charge on the hill had been stalled, and the commanding officer of the battle had ordered the soldiers to hold their position, Roosevelt managed to convince his superiors otherwise.

Technically against orders, and “in total disregard for his personal safety, and accompanied by only four or five men” he led his unit, known as the Rough Riders, in a charge up the hill. As the first American to make it to the Spanish trenches. His bravery inspired other soldiers to follow, and the tide of the battle turned.

Although Roosevelt would be nominated for the Medal of Honor during the war, Army officials, angered over his perceived disobedience and his new found fame decided to block his award. It wouldn’t be until 2001 before he would posthumously receive his award from then President Bill Clinton. 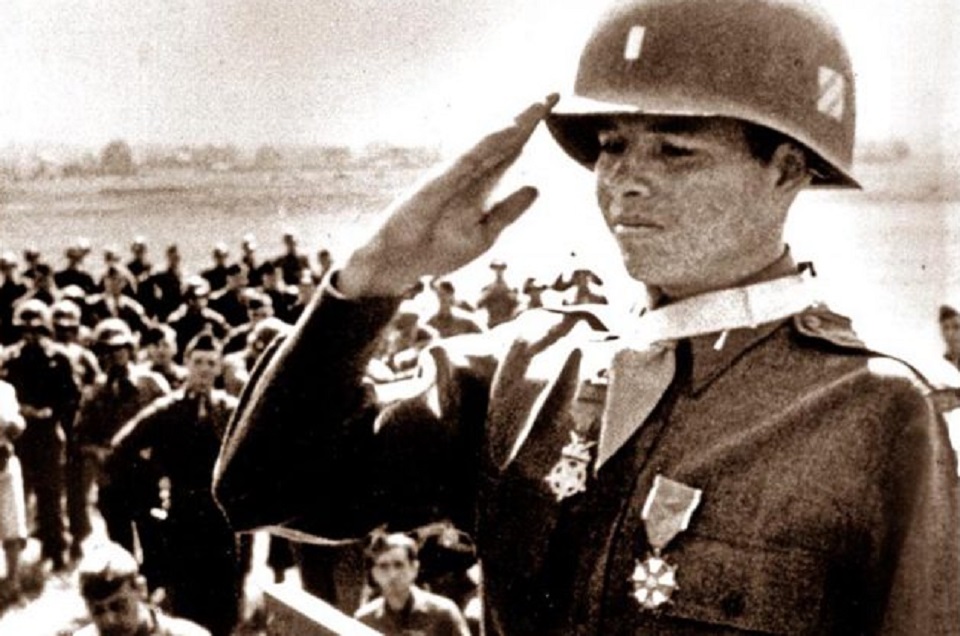 Recognized today as America’s most decorated soldiers, Audie Leon Murphy would receive his Medal of Honor at the astonishing age of only 19. He would go on to be awarded every military combat award a US Army soldier could receive. In addition to the American honors he won, he was additionally honored with French and Belgian awards for heroism.

His story would be one of remarkable bravery in the face of almost certain death when his unit was ordered to hold against a German counter-attack in December 1945 at Colmar Pocket in central Alsace, France.

Murphy’s Medal of Honor was awarded when he was just 19 years old, for his actions at the Colmar Pocket in December 1945. Murphy and his unit were ordered to hold against a German counter-attack in the area.

When his M10 Tank destroyer was hit and burst into flames, Murphy ordered his men to retreat. Attacked on three sides by 6 tanks and waves of infantry, he gallantly jumped onto the burning tank and took charge of the .50 caliber machine gun.

While covering his men’s retreat and calling in airstrikes a now wounded Murphy would fire the machine gun until the ammunition ran out. Making a successful escape back to his company, the injured soldier would refuse medical treatment and mount a successful counterattack against the German Nineteenth Army.

His citation reads “For an hour the Germans tried every available weapon to eliminate 2d Lt. Murphy, but he continued to hold his position,”.In that time he managed to kill or wound 50 Germans single handedly. 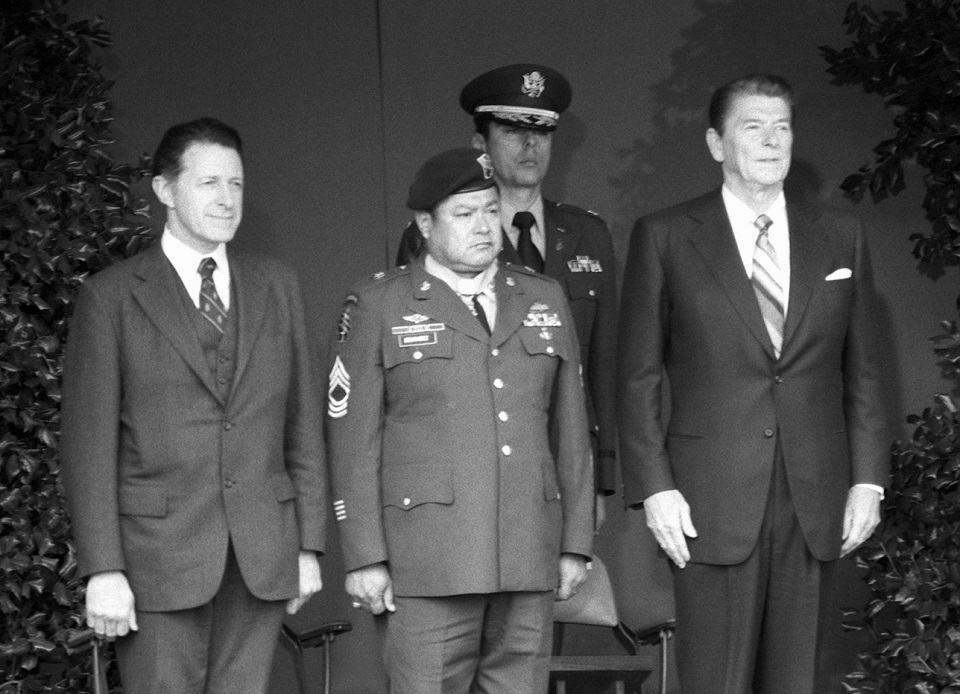 This incredible story is of a soldier who was originally awarded the Distinguished Service Cross as his commanding officers didn’t think he would survive his catalog of injuries and wanted to recognize his outstanding bravery and heroics in what would later be described as “Six Hours in hell.”

In April of 1968, Master Sergeant Roy Benevidez came to the rescue of an American unit patrolling west of Loc Ninh, near the South Vietnamese-Cambodian border when they were attacked by a 1,000-man NVA infantry battalion.

Volunteering to board a helicopter and be dropped right into the thick of it, Benevidez would take control of the soldiers. Despite being wounded in his right leg, face, and head he would help the wounded to a waiting Medvec helicopter.

As he returned to the battlefield to secure classified documents from the body of a dead soldier, the helicopter’s pilot was mortally wounded, and the aircraft crashed.

With the documents safely in his possession, he returned to the crashed helicopter to aid the wounded before leading the men to a defensive position and calling in airstrikes. When a second helicopter arrived to retrieve the wounded, three NVA soldiers attacked there position. Benevidez dispatched all three enemies, killing one in hand to hand combat.

Finally, with all the wounded on board, he made it on to the helicopter himself and immediately collapsed. He had sustained seven major gunshot wounds, had shrapnel in his head, scalp, shoulder, buttocks, feet, and legs, had both his arms slashed by a bayonet and had a collapsed lung.

Thinking he was dead a medic placed him in a body bag, it was only when he tried to zip up the bag that Benevidez spat at him to point out he was still very much alive.

Benevidez would be fully recognized for his almost superhuman acts of courage in 1981 when his Distinguished Service Cross was rightfully upgraded to the Medal of Honor and presented to him by President Ronald Reagan. 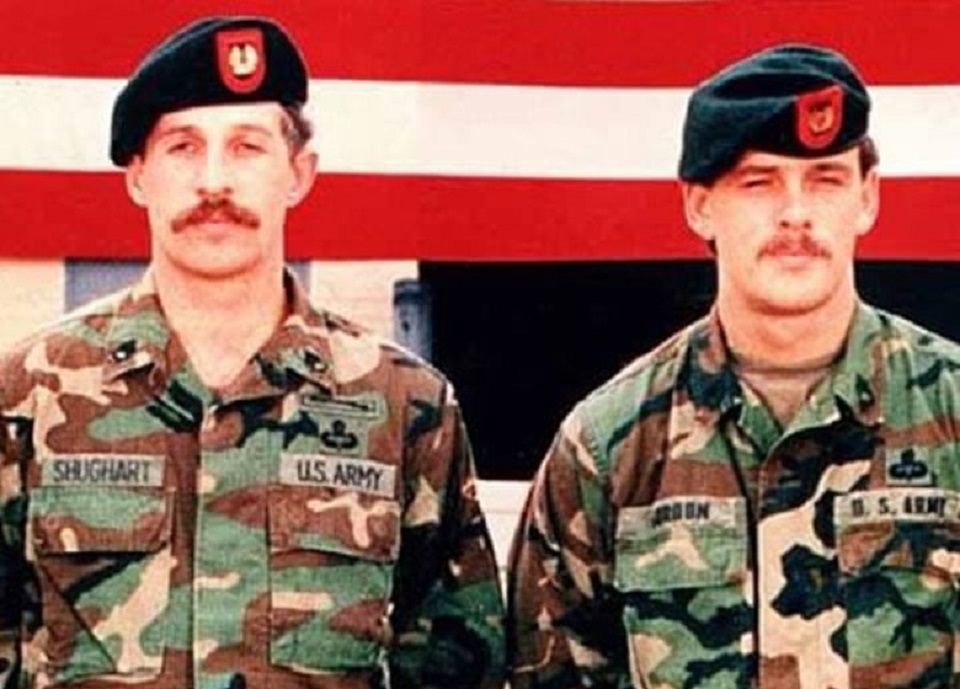 Finally, we pay tribute to the only two soldiers participating in Operation Gothic Serpent (Battle of Mogadishu, Somalia) to receive the military’s highest honor and the first Medal of Honor recipients since the Vietnam War. Sadly this great honor would be awarded posthumously.

Whilst trying to capture one of Aidid’s top lieutenants, two Black Hawk helicopters were shot down by Somali militiamen. One of the Black Hawks, codenamed Super 64, was shot down while US forces were trying to secure the first crash site.

When they realized there were no available troops in the area, both men requested three times to be inserted into the crash zone before their request was eventually approved. Once there, they would establish a perimeter with wounded pilot Michael Durant, who was the only person to survive the crash.

The three men were then attacked by a mob of Somali militants, defending their position and killing an “undetermined number of attackers” before sadly running out of ammunition and being too outnumbered and outgunned.

A later investigation and reconstruction concluded that Gordon was first to be killed. His teammate Randy Shughart retrieved Gordon’s CAR-15 and gave it to Michael Durant to use. Shortly after, Randy Shughart was killed and Durant was taken alive. Immediately after the battle, the Somalis counted at least 25 of their own men dead with many more severely wounded. 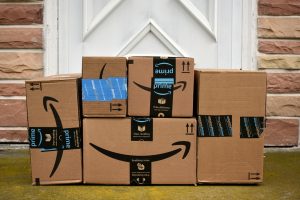 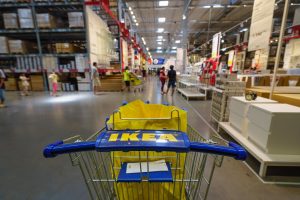 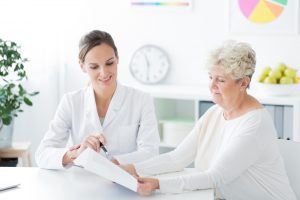 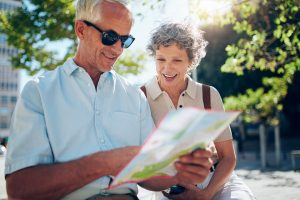 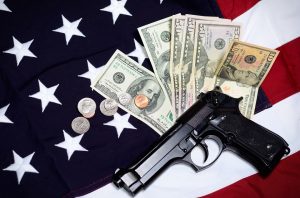 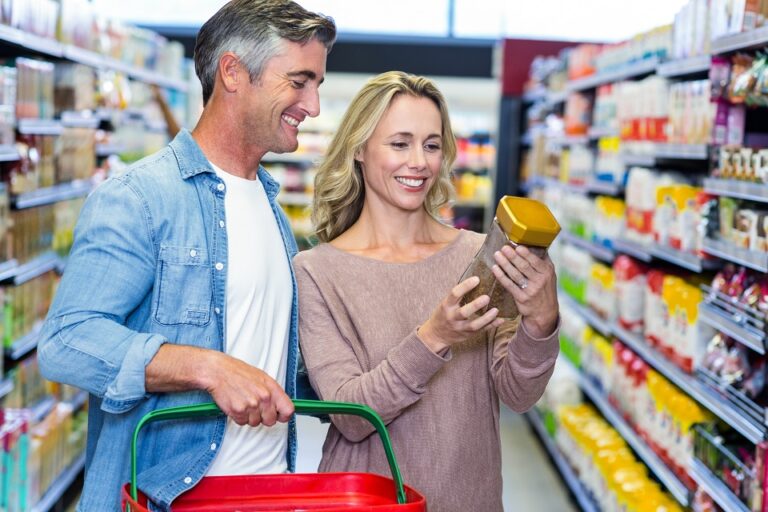 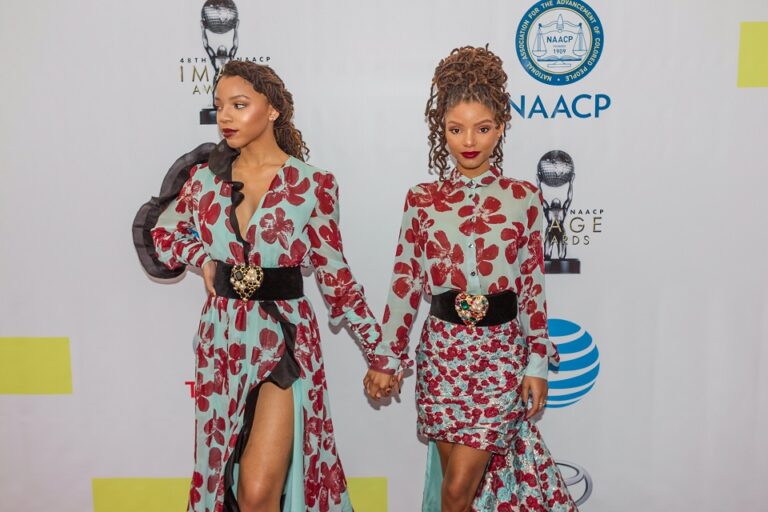 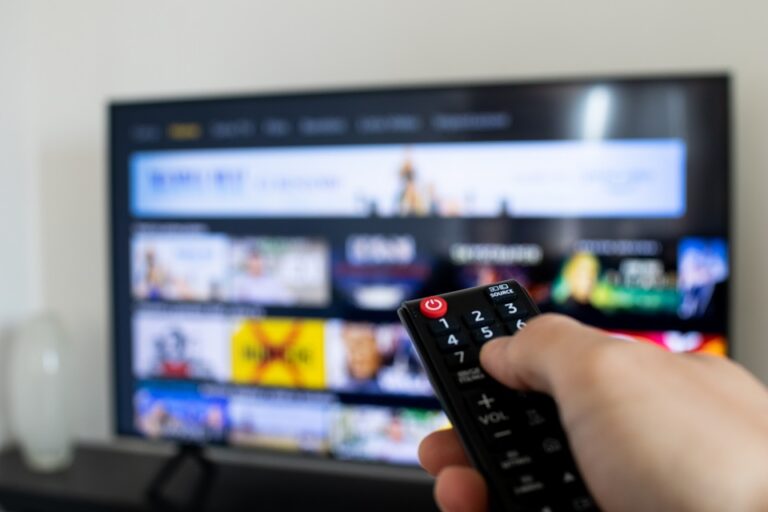 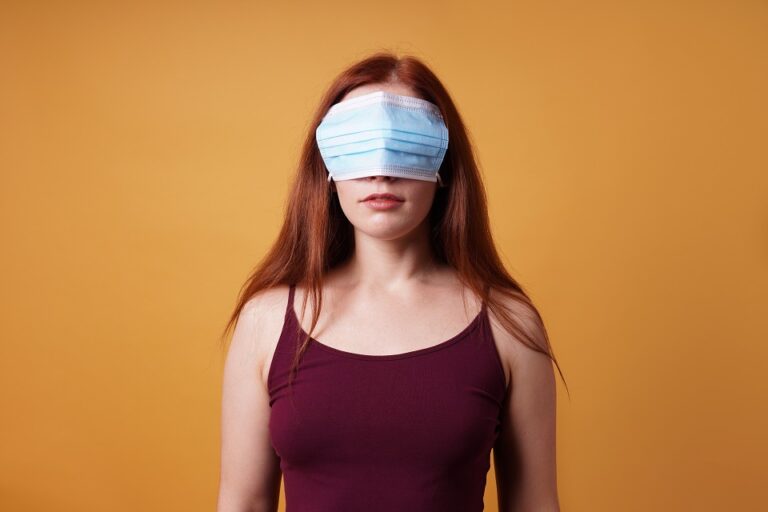 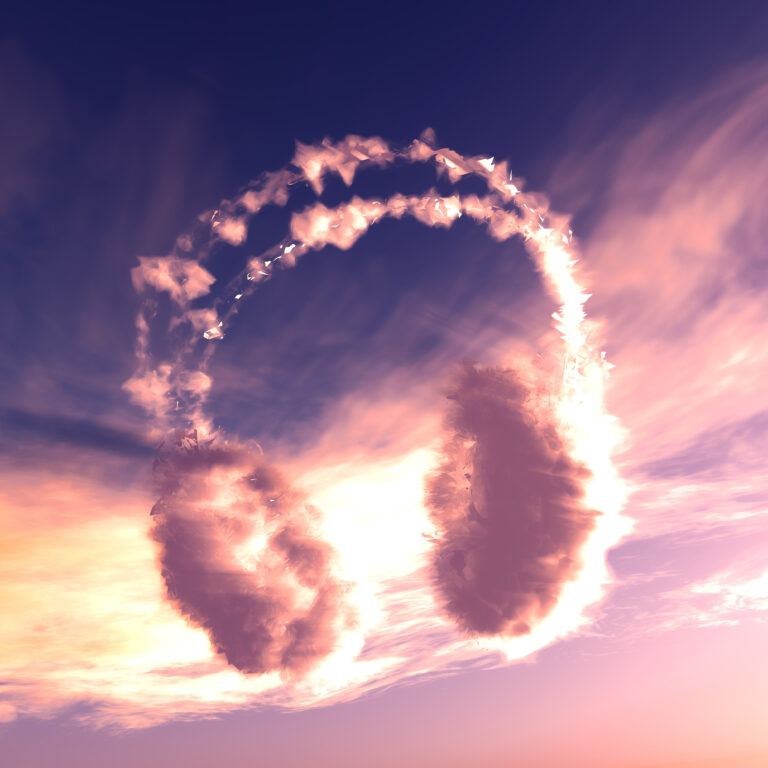 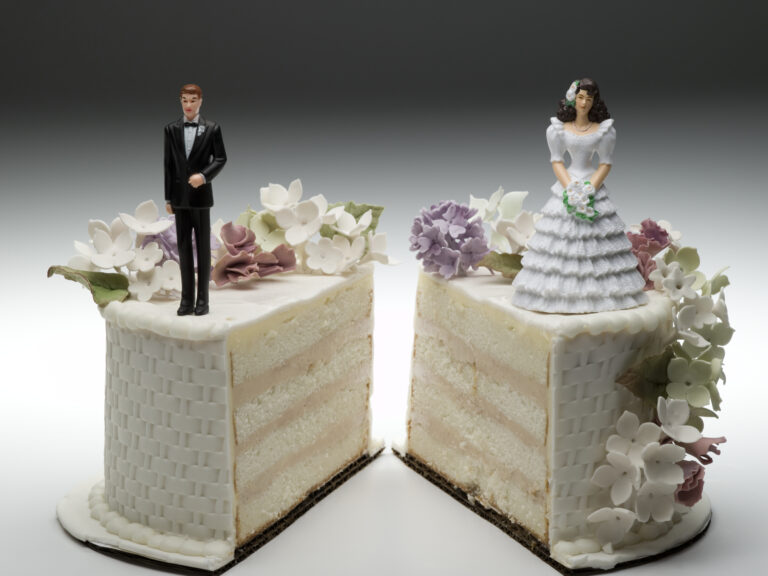 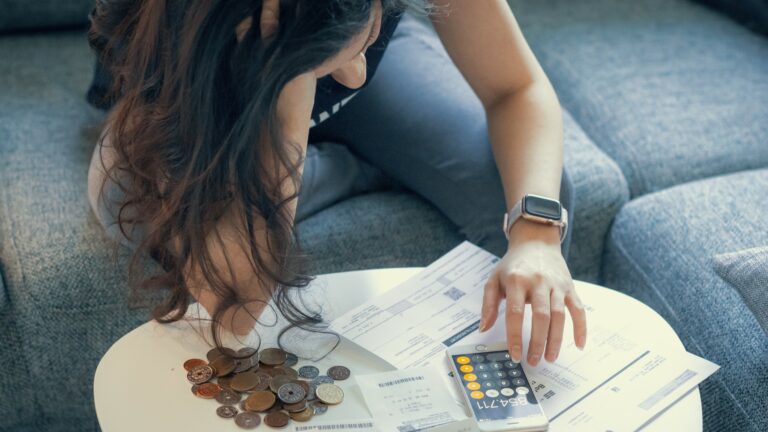 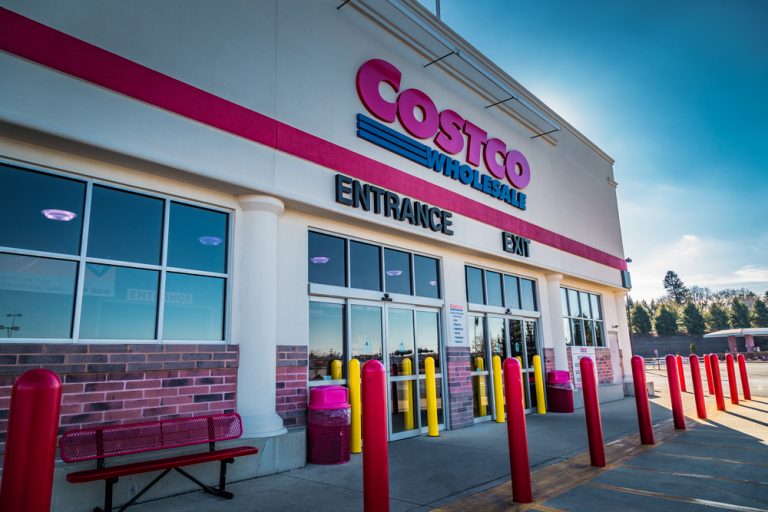 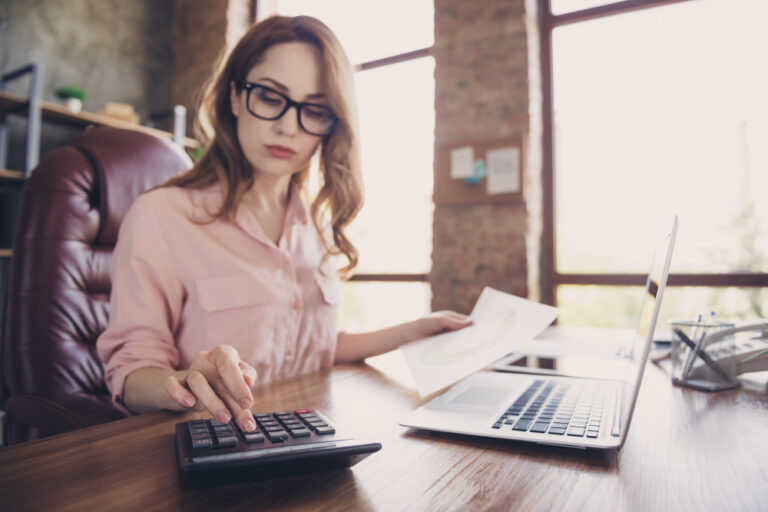 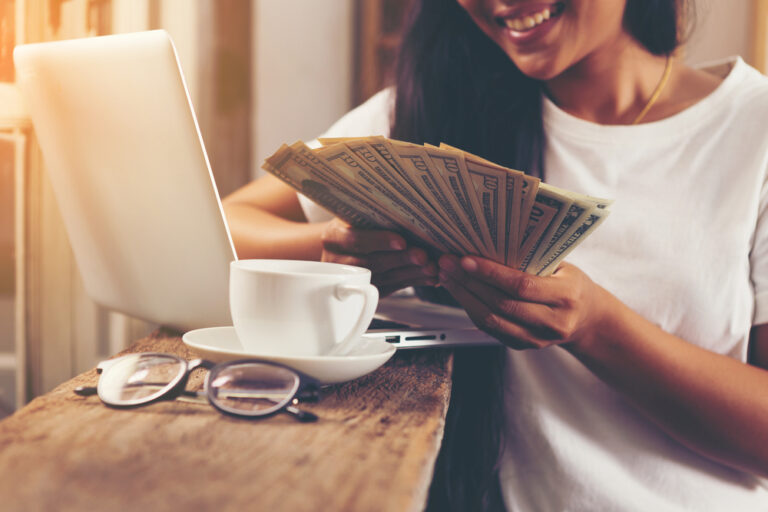 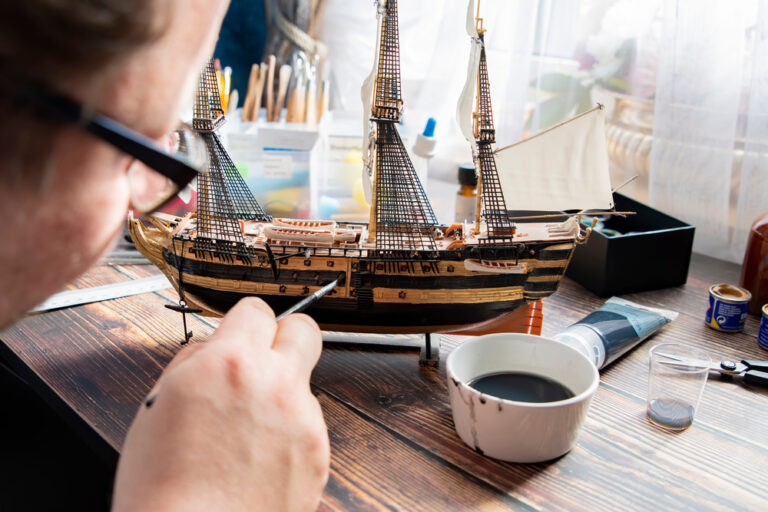 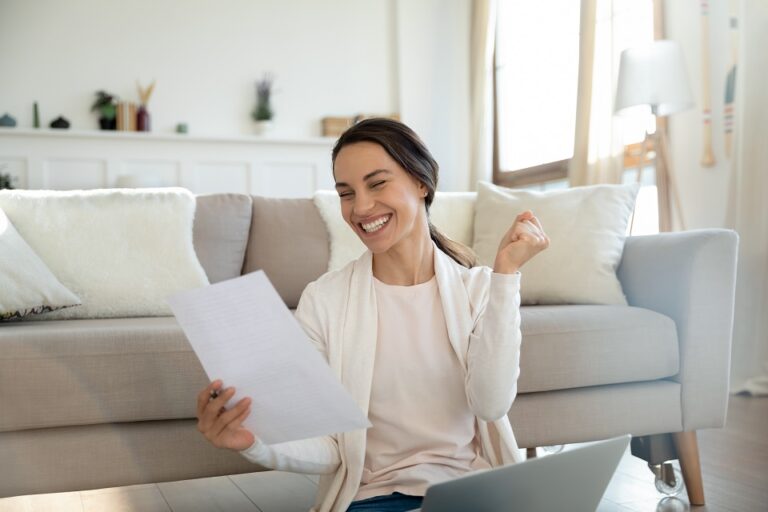 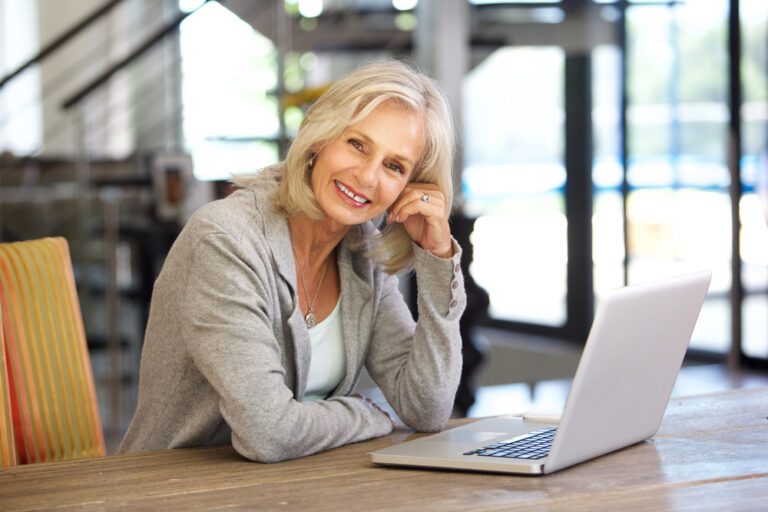 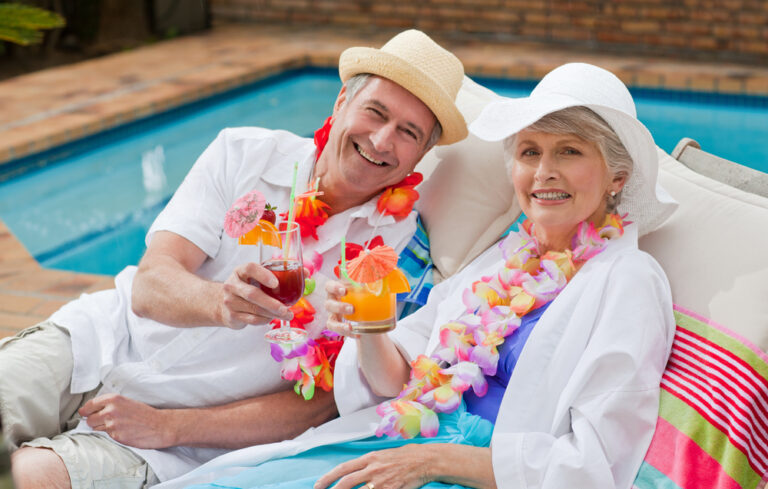 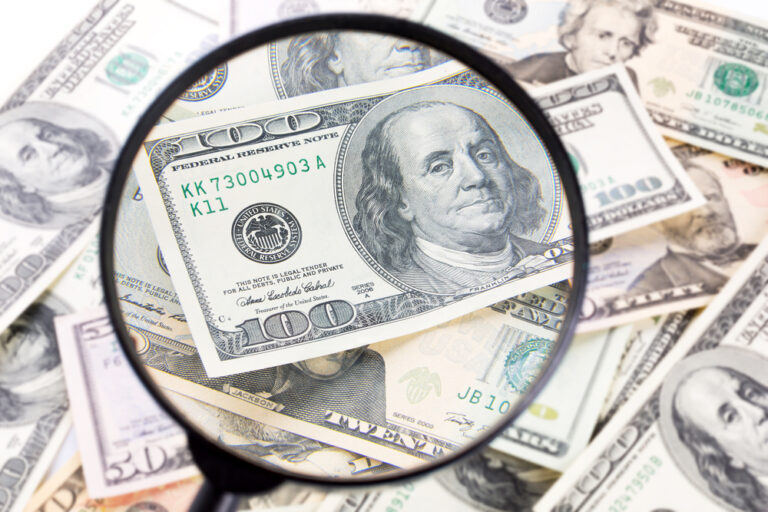